How to deal with run-on sentences 文章中如何避免使用连写句 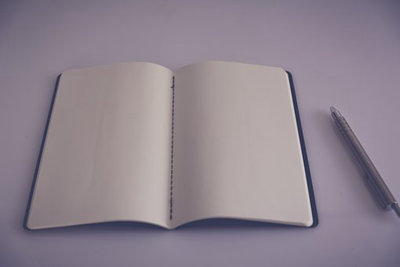 What is a run-on sentence? In short, a run on sentence is a poorly constructed sentence that either ignores some rules of grammar or tries to connect too many ideas into a single sentence.

This sentence is an example of a poorly written run-on sentence, it lacks a connecting word.

This sentence is an example that is not a run-on sentence, because it has a connecting word.

Run-on sentences do not have to be long. They simply are not well developed. Other run-on sentences simply connect too many ideas into a single sentence. Such sentences are easy to find in the scientific literature.

Why are run-on sentences a problem? As noted above, run-on sentences either have poor grammar or try to present too many ideas. The reader becomes lost and cannot remember the ideas being presented. When many ideas are patched together into one long sentence, this can confuse the reader. The reader has to sort out many different ideas lumped together as a single sentence.

I will provide some examples. I will make those examples as I write. These sentences are an example. My writing style is short and choppy. The example uses italics. They are also indented like this sentence so they stand out from the other text.

In that in the example above, I have used a series of short and choppy sentences to propose several ideas. Now, how can those ideas be constructed into a good, easily readable sentence.

Here I provide a second example, again using italics and inset text that combines the same ideas into one longer sentence; this sample sentence is no longer choppy.

In the last example, above, I had tried to show you a method that can be used to make good, long sentences. I have used a semicolon to make a longer sentence. Semicolons are used to combine to complete ideas (two complete sentences) into one long, but grammatically correct, sentence.

Conjunctions are also used to make longer sentences by connecting two different ideas with words such as “and, or, for, but, so, however.” Scientific papers also use adverbs to connect ideas, such as “therefore, however, thus.” Rather than concentrate on grammar, I’d rather talk about how these words are used and mis-used to make long sentences. Before we go farther, let’s take a look at an actual run-on sentence; some of the sample sentences below have been modified to disguise the writer and topic, but came from recently edited research papers.

However, the methods used to collect specimens here had four disadvantages: first, the specimens were collected from local parks, so they were not representative of other disturbed habitats; second, the sample sizes were not large enough to provide representative plants of the species occurring in those parks, for example, the numbers of sample sedge specimens was very limited including only 14 specimens for all 30 sites represented; third, the amount of collection effort varied widely between sites, ranging from 11 to 156 specimens per site; fourth, the types of species were strongly biased toward woody species, with an obvious neglect of many hard-to-identify groups such as sedges mentioned above and an almost complete lack of bryophytes.

This type of sentence structure is often seen in scientific papers. It contains an initial statement followed by a series of ideas that are separated by commas. This can often be used effectively, but many authors try to stuff too many ideas into such long sentences. In addition, authors sometimes add extra words and ideas that add little to the meaning of the sentence. In this case, this form of writing can still be used with fewer words, or the sentence can be broken into several sentences. The following example breaks the above sentence into parts but still contains the main ideas within the original sentence.

However, the methods used to collect specimens here had four disadvantages. First, because the specimens were collected only from local parks, they failed to represent other disturbed habitats. Second, the sample sizes were inadequate. For example, sedge collecting was very limited including, with only 14 specimens for all 30 sites represented. Third, the amount of collection effort varied too widely, ranging from 11 to 156 specimens per site. Fourth, woody species were over-represented while many hard-to-identify groups such as sedges and bryophytes were obviously under-represented.

What has changed? The number of words dropped from 117 to 85 without any loss in meaning. More importantly, long and wordy descriptions were eliminated. In particular, the second and fourth ideas were shortened markedly. Here is another long, run-on sentence followed by a shortened version.

Each site was divided into five plots, we chose five twigs from each of 20 trees that were between 10 to 15 years old in each plot and collected fully developed needles from branches near the tree crown and then needles were cut off and wrapped up use gauze while needles were collected around midday and immediately frozen in liquid nitrogen, and stored at –80°C until analysis.

That sentence definitely confuses the reader, starting by talking about five plots and ending in the freezer.  No wonder the reader gets lost. The sentence presents several ideas: 1) each site had five plots, 2) samples were collected from 20 trees in each plot, 3) twigs were collected from near the tree crown, 4) needle collection was described, and 5) needle storage was described.

What is wrong with this example sentence? The first comma separates independent sentences. It should be a period. Then, a long and complex process is described in one very long sentence. This should be broken into a series of logical steps. In this case, “first, second, and third” could be used for each step (as is done in an earlier example), or other words can join the steps as is shown in the following example.

First, each site was divided into five plots. We chose five twigs from each of 20 trees that were between 10 to 15 years old in each plot. Then, fully developed needles were from branches near the tree crown. The needles were cut off and wrapped up use gauze. This was done around midday; needles were immediately frozen in liquid nitrogen and stored at –80°C until analysis.

Some journals will require that any sentence longer than three lines be broken into shorter sentences. While this extreme is not always necessary, any time a sentence is longer than three lines, the author should ask him or herself the following questions. Does this sentence try to join too many ideas? Can I use a semicolon to separate independent ideas? Have I used words that connect ideas, such as “therefore, in addition, perhaps, however?”

Lastly, I would like to end with a series of short examples of run-on sentences, each followed by a correct example and a few notes. The sentences describe themselves and provide examples.

错误：Incorrect: Use a conjunction to connect two sentences you will avoid creating a run-on sentence.

正确：Correct: Use a conjunction to connect two sentences and you will avoid creating a run-on sentence.

错误：Incorrect: For a series of ideas use a semicolon and number the ideas this can be done by using a series of steps and use “and” before the last number.

正确：Correct: Several ideas follow: 1) a semicolon introduces a series of ideas, 2) numbers are added for emphasis, 3) ideas are presented using a series of steps, 4) each idea is numbered, and 5) the word “and” is added before the last number.

错误：Incorrect: Use a semicolon to separate distinct ideas (independent clauses) this allows you to avoid having a run-on sentence.

正确：Correct: Use a semicolon to separate distinct ideas (independent clauses); this allows you to avoid having a run-on sentence.

错误：Incorrect: Avoid long and complex sentences that join too many ideas because this will confuse the writer and it will also make your ideas very hard to follow because you are trying to say too much in a single sentence and your reader will end up very confused especially if you repeatedly use the word “and” so that the whole idea gets lost as does your reader.

正确： Correct: Avoid long and complex sentences that join too many ideas because this will confuse the writer. It will also make your ideas very hard to follow because you are trying to say too much in a single sentence. Your reader will end up very confused especially if you repeatedly use “and.” The whole idea gets lost as does your reader.

As while all writing, editing is important. Re-reading your own writing, especially if you read it to someone else, will always help you catch errors. The author of this article once had someone bring a copy of something he had written to him. My co-worker asked, “What does this sentence mean?”

I read the sentence, then I responded, “I know two things. First, I wrote it. Second, I have no idea what it means!”

文章中注意这些易混单词的使用
Don’t proceed with your writing until you read fa...